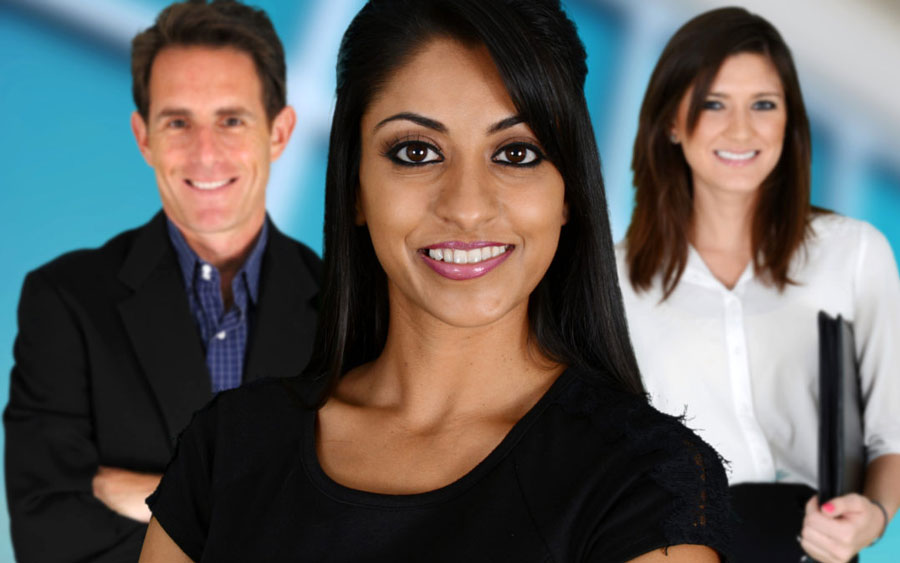 In the month of April, there were several prominent stories in the news regarding workplace diversity. In this monthly roundup, you will find out:

CEO Of Intel Reports Being Threatened For His Diversity Efforts

At the Push Tech Summit this past month, Intel CEO Brian Krzanich told Reverend Jesse Jackson that he had received threats from employees because of his efforts to hire more minorities and women. Krzanich says that he believes these threats are the result of white employees feeling that their jobs are being threatened. Despite his efforts to reinforce the fact that the new hires are not intended to replace any existing workers, many employees still feel as if their jobs are under attack.

Under Krzanich, Intel has made some very positive strides when it comes to improving Intel’s diversity numbers. Over the past 12 months, Intel beat its goal of hiring women and minorities by 43%. Intel still has more work to do, but it has shown that it is committed to making its workforce more diverse.

The fact that Krzanich has received threats shows that there is still much resistance to the idea that workplaces need to be more diverse. The concerns of non-minority employees, while unfounded, still need to be addressed. It’s a lesson that any major company needs to learn if they are going to revamp their hiring practices.

Alabama Company Works To Create Opportunities For Minorities And Women

One of the most common excuses for the lack of diversity in STEM fields is that there aren’t enough minorities and women candidates. This has largely been proven false. However, there is one place where it seems to be true: the state of Alabama. In this state, the supply of qualified candidates in STEM fields is pretty slim. It’s even worse when it comes to minorities and women.

BASF, the world’s largest chemical producer has taken on this issue in Alabama. The company is working hard to increase diversity in its workforce. They have sought to address this issue by reaching out to both high school and college students through the various programs they have enacted.

Programs such as these are designed to show kids that chemistry can be fun. Companies like BASF are hoping that by working with educational institutions, they can increase interest in STEM fields among minorities and women.

Fusion.net: “This activist investor is forcing tech companies to reveal how much they underpay women”

The person heading up this initiative is Natasha Lamb. She is the director of shareholder engagement at Arjuna Capital. Lamb has submitted proposals to nine Silicon Valley companies that her company has invested in.

What’s interesting about this story is the fact that the tech industry generally has a smaller pay gap between female and male employees. However, gender pay inequality is still a serious issue. Since women are still paid less, they tend to switch jobs more frequently in an effort to earn more money. But, even if they are able to increase their pay by switching companies, they are still being paid less overall.

However, there is positive news. Both Intel and Apple reported that they had “virtually no pay gap.” Expedia and Microsoft said that they would comply with the proposal without putting it to a vote. While it’s disturbing that a company has to be pushed this hard to confront the issue of pay inequality, it’s good that there are organizations like Arjuna Capital who are willing to fight for equal pay for women.

Twitter’s Board of Directors Could Be Getting More Diverse…Hopefully

Twitter’s board of directors will be experiencing a shift soon. Twitter has long been the target of criticism because of its lack of diversity. Since returning as CEO last year, Jack Dorsey has struggled to find ways to diversity his company’s staff.

Recently, two of Twitter’s directors have decided to step down. They will be replaced by Hugh Johnston, who is the chief financial officer of PepsiCo, and Martha Lane Fox, a British entrepreneur.

However, this only slightly improves diversity on Twitter’s board of directors with two women and only one minority. Dorsey post a tweet on April 8th that expressed his commitment to add more directors to the board soon.

A lawsuit has been filed against the New York Times. The suit alleges that the newspaper has engaged in “deplorable discrimination” based on age, race, and gender.

The lawsuit was filed on behalf two black female employees in their sixties. However, the plaintiff’s lawyer said that the suit could be extended to almost 50 other alleged victims. The suit alleges that the newspaper has “become an environment rife with discrimination.”

The class-action suit claims that under the leadership of Mark Thompson, the newspaper has become “increasingly younger and whiter.” This is somewhat surprising given the fact that the New York Times is known for promoting more liberal, inclusive values.

These types of allegations are not new for Thompson. When he was the head of the British Broadcasting Corporation, he was accused of having misogynistic and ageist attitudes.

The two claimants assert that the New York Times routinely passed them over for promotions in favor of their white counterparts. They also claim that younger, white employees were paid better salaries.

The New York times denied the validity of the suit.