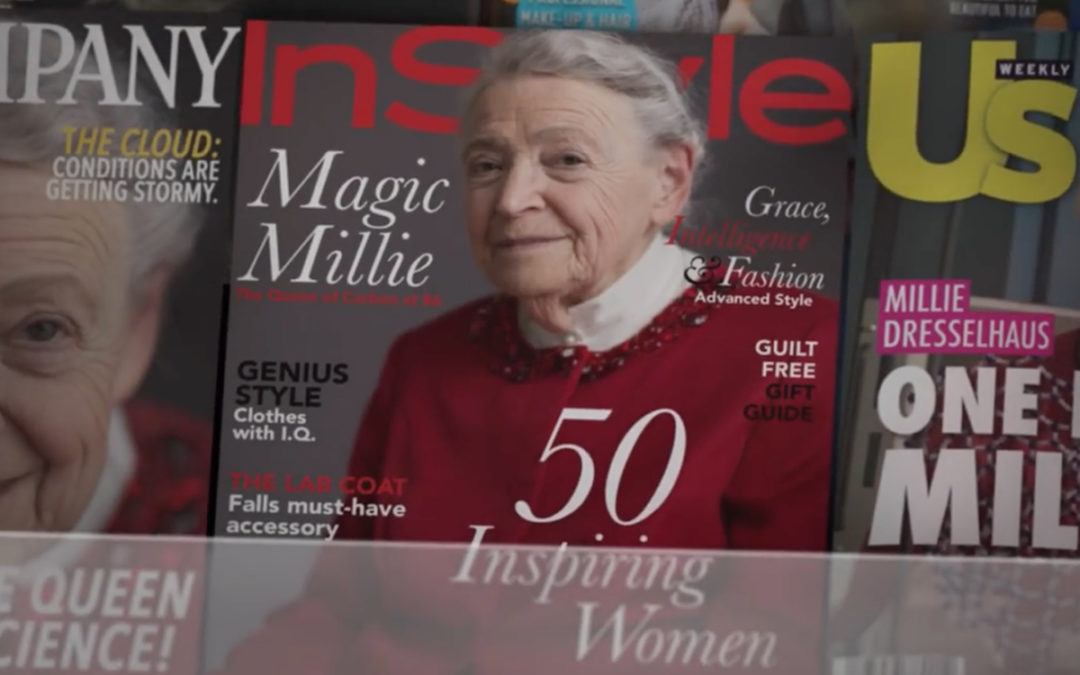 How often do you use your cell phone, laptop or tablet?

How often do you depend on Wi-Fi?

What about desiring something as simple as a cold glass of water?

For most of us, these have become essential parts of our lives (and no one wants to drink warm water!)

Or, what if you’re driving in the dead of the winter and reach to turn up the heat, and there isn’t any? What if it hadn’t been invented yet? Eventually someone would have gotten around to it —- but Margaret A. Wilcox got there first, thankfully.

If I told you these luxuries came to life from the imaginations of women, would you believe it?

When you think of an inventor, who do you of think first? Is it a man?

As we celebrate International Women’s Day, and continue to honor and celebrate women throughout the month of March, we ask, “Where would we be without women?”

When it comes to STEM (Science, Technology, Engineering and Math), clearly, our progress would have been compromised!

Women have taken the lead on many of our inventions and innovations, yet, many of them have gone unnoticed, both in and out of the scientific world.

As an example, Mildred “Millie” Dresselhaus is known as the Queen of Carbon.

Mille Dresselhaus’ work with carbon materials, semiconductors and nanotubes made her the first woman to win the National Medal of Science in Engineering, in 1990. It earned her the Medal of Freedom — the highest civilian honor in the U.S. — in 2014.

Her discoveries can be found in everyday items, ranging from rechargeable batteries, automotive parts, and sporting goods to boat hulls and water filters. Her work in nanotechnology revolutionized the mobile phone and medical devices, as well as inclusion in all future tech devices for years to come.

In recent weeks, GE released a commercial advertisement asking the question “What If Millie Dresselhaus, Female Scientist, Was Treated Like A Celebrity?”.

We must ask that question as well. Why aren’t women scientists celebrities?

Where is the female Bill Nye or Neil deGrasse Tyson? More importantly, why do we have to ask that?

Millie Dresselhaus is just one of the leading ladies in STEM. She is one of few, fortunately, that has reached mainstream status and was alive to witness it (Dresselhaus passed on February 20, 2017, just a day after the commercial first aired).

The film “Hidden Figures” has also given the spotlight NASA’s (black) women trailblazers: Mary Jackson, Dorothy Vaughn & Katherine G. Johnson; however, its’ only living protagonist, is Katherine G. Johnson (who is 98). Did you see her at the Oscars?

Many women, past and present, have not and will not get their recognition from mainstream view, but yet we enjoy and benefit from their innovations every day.

Here are some examples:

According to a 2015 study only 25% of computing jobs are inhabited by women, down from 36% in 1991. What’s even more staggering is women only account for 4% of tech leadership.

Women make up half of the world population and are clearly contributing to global innovations every day.

But how many innovations are we missing out on by not placing a greater emphasis on getting them involved in STEM?

How much better could our lives be if we had a healthy inclusion of women in STEM? How much more competitive in the global marketplace could the US be?

Information Technology is the lifeblood of every company. Hundreds of thousands of tech jobs are being created by U.S. corporations each year, but there are not enough talented people to fill those openings.

Despite increased emphasis in schools on STEM, not nearly enough women and people of color are participating in or inventing technology. Without them, these pipeline challenges will persist.

Even though we are making progress, there is much more to be done.

“It’s not enough to just add women and people of color to the tech workforce. It’s imperative to actively ensure they assume positions of leadership and engage in ever increasing decision making” says lifelong STEM advocate and TCGi CEO, Avis Yates RIvers in her first book, ‘Necessary Inclusion: Embracing the Changing Faces of Technology’.

Avis’ book breaks down the challenges of increasing the participation of women and minorities in STEM, while providing a road map to solving this ever-expanding problem. We all need to become champions for women and girls in STEM, it is critical to our future success.

Let’s do our part toward engaging women to want to make history!