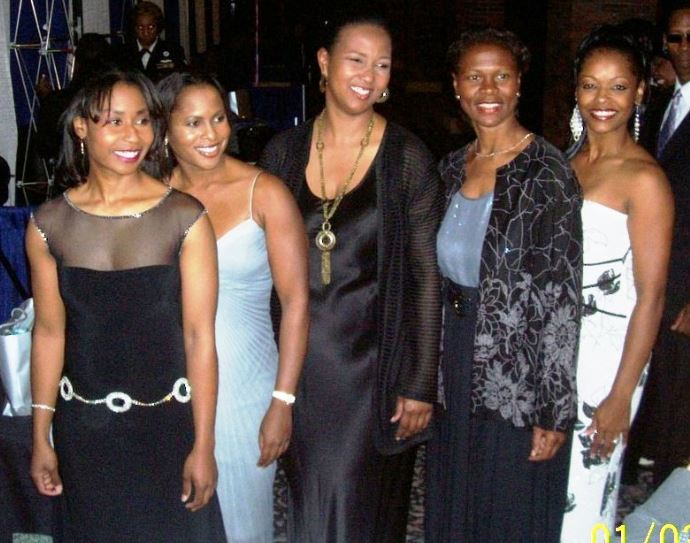 Can you identify the five women in the photo?

If not, then that’s a good reason why we need a Black History Month.

It began 91 years ago as Negro History Week. Dr. Carter G. Woodson, a historian and one of the first African Americans to receive a doctorate from Harvard, wanted to create a recurrent celebration of the heritage and achievements of African Americans.

In 1976 President Gerald Ford stated clearly the reason for the need of a month-long celebration: to “seize the opportunity to honor the too-often neglected accomplishments of black Americans in every area of endeavor throughout our history.” (More on the origins of Black History Month can be found at the end of this article).

Four decades later, we can see some progress has been made in acknowledging the heritage, the struggles and achievements of African Americans, especially in recent groundbreaking films of Hidden Figures, Fences and Moonlight.

We also see great strides in inclusion in business as adding diversity to the supply chain has been proven to be not just socially advantageous but is good for the bottom line. TheBillion Dollar Roundtable (BDR) is a prime example of this as its current membership is 24 corporations, up from twenty just 2 years ago. Each of these companies must attain and sustain an annual direct spend with minority and women owned firms of one billion dollars.

It is impossible to separate one from the other—-The two are inextricably tied together.

Success of the highest order can only be achieved when all diverse parts come together and are recognized. A critically necessary inclusion!

This message is crystalized by the movie Hidden Figures (Click here for information on free screenings in 14 cities on February 18th). It brings us back into a critical moment of time in the 1960s during the Space Race with the Russians and reveals key figures to winning that race whose stories have never been fully told.

Landing “a man” on the moon is one of the greatest achievements in human history. The faces of that achievement are often identified by the astronauts who underwent rigorous training and risked their lives. The likes of Alan Shepard, John Glenn and Neil Armstrong. All true heroes, no doubt about it.

But not knowing the full story behind that accomplishment robs us of the richness of our humanity and national identity, as well as the importance and beauty of our diversity.

Katherine G. Johnson, as genius mathematician, African American woman and inquisitive mind always striving for answers, was instrumental in creating the math and doing the complex calculations to getting America into orbit and ultimately on the moon.

And doing it while facing the everyday obstacles of both gender and race at the NASA Langley facility in segregated Virginia.  Not to mention raising three daughters as a single mother due to the untimely death of her husband.

Her reputation was so stellar and her calculations so respected that as electronic computers began to be introduced, she was often asked to verify the computer’s results. In fact, John Glenn would not launch on his historic flight (February 20th, 1962) as the first American to orbit the earth until Ms. Johnson had verified the computer’s calculations.

The other genuine heroines of the film were Dorothy Vaughn, NASA’s first African-American Supervisor and self-taught Fortran expert; it was on her initiative to teach her fellow “computers” the new computer language that put pressure on NASA to make the then-new electronic computing group racially- and gender-integrated; and Mary Jackson who broke down segregation barriers by figuring out how to attend segregated schools of Virginia to become NASA’s first female Aerospace engineer.

The African American women of the film are American heroes. Telling their stories serves to bring a full accounting of history. Equally important is the sense of pride and empowerment it brings to the black community, as well as women and women of color.

Moreover, fifty years later women and people of color are still not represented adequately in STEM (Science, Technology, Engineering and Math) fields. The stories of those ground-breaking women serve as a powerful example that no field is off-limits; perseverance pays off; and inspiration comes from seeing excellence personified in someone who looks like you.

That’s why the photo at the top of this article is so powerful and important. All of the women shown are NASA astronauts and/or Fighter Pilots. From left to right, they are:Stephanie Wilson, Joan Higginbotham, Mae Jamison, Yvonne Cagle and Shawna Kimbrell.  They have flown a combined 5 Space Shuttle missions.

It instills a bit of awe when you first learn that. It is unexpected. We have been conditioned for so long to expect to see a white male when we envision what an astronaut looks like despite having lived through the beginnings of gender and race barriers coming down. We will know when real change has arrived, when each of us can look at that picture and have it seem routine that those African American women are so accomplished, especially in areas of science, math, engineering and space flight.

We must be vigilant to avoid accepting an abridged or sanitized version of history. We must get past the stereotypes that each of us hold and that is an active pursuit.  Our diversity is the key to our success. There are lessons and insights in the rich texture of the journey typically characterized by perseverance, struggle, breakthroughs, defeats as well as the victories of those who came before us.

Black History Month provides us the opportunity to explore the important people in American history, past and present, that are too often neglected due to our history of race and bias, both overt and unconscious. It is such an important celebration of our diversity but only if we make the choice.

As a footnote to history, it’s nice to know that Katherine G. Johnson is still alive to receive all the accolades she deserves — she won the Medal of Freedom in 2015 and had a building at Langley named after her in 2016.

And since this Black History month was kicked off with much attention to Frederick Douglass, I would be remiss if I didn’t provide some highlights of such a truly remarkable figure in American history.

He was born Frederick Augustus Washington Bailey in February of 1818 and since the actual day of his birth is unclear, he adopted February 14th as his birthday.   He escaped from slavery in Maryland at 20 and adopted the name of the hero of Sir Walter Scott’s The Lady of the Lake.

He became a national leader of the abolitionist movement in Massachusetts and New York, gaining prominence for his dazzling oratory, persuasive antislavery writings and an active voice in the early woman’s suffrage movement.

Douglass became the first African American nominated for Vice President of the United States as Victoria Woodhull’s running mate on the Equal Rights Party ticket. This was done without his approval.

In his time, he was described by abolitionists as a living counter-example to slaveholders’ arguments that slaves lacked the intellectual capacity to function as independent American citizens.

For sixteen years he edited an influential black newspaper and his three autobiographies including his first, Narrative of the Life of Frederick Douglass, an American Slave (1845), are considered great literary contributions and especially influential in promoting the cause of abolition.

And finally in a spirit that is much needed in the today’s divided country, Douglass was a believer in dialogue and in making alliances across racial and ideological lines. When radical abolitionists, under the motto “No Union With Slaveholders”, criticized his willingness to dialogue with slave owners, he famously replied in an 1855 lecture: “I would unite with anybody to do right and with nobody to do wrong.”

The original inspiration came in 1915 in Chicago during the national celebration of the 50th anniversary of the passing of the 13th Amendment, abolishing slavery. Historian Dr. Carter G. Woodson wanted to create a more permanent and longer-lasting event for celebrating the heritage and achievements of African Americans for upcoming generations.

Through the organization he founded, the Association for the Study of Negro Life and History (ASLNH, now ASALH), he launched “Negro History Week” in 1926, choosing February because it contained the birthdays of two historically relevant historical figures, Abraham Lincoln and Frederick Douglass.

The civil rights movements and increased activism by young African Americans in the 60s and 70s provided the momentum to finally create the month-long observance. So in 1976 on the 50th anniversary of the first Negro History Week, Gerald Ford began the tradition which has been observed for the past 41 years.

Barack Obama, the nation’s first African American president, proclaimed last year (2016) the goal to which we strive for:

“As we mark the 40th year of National African American History Month, let us reflect on the sacrifices and contributions made by generations of African Americans, and let us resolve to continue our march toward a day when every person knows the unalienable rights to life, liberty, and the pursuit of happiness.”