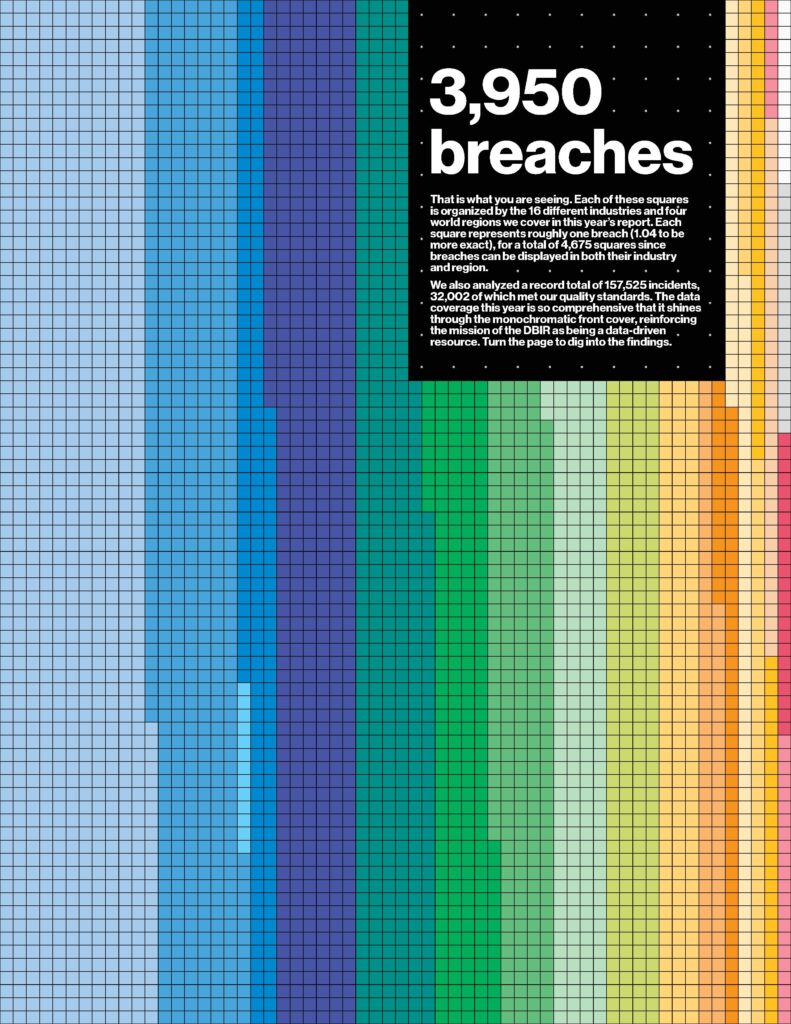 3,950 Breaches. That is what you are seeing. Each of these squares is organized by 16 different industries and four world regions. Each square represents roughly one breach (1.04 to be more exact), for a total of 4,675 squares since breaches can be displayed in both their industry and region.

Verizon analyzed a record total of 157,525 incidents, 32,002 of which met their quality standards. See the 2020 Data Breach Investigation Report from Verizon. Stay ahead of threats with insights from 3,950 confirmed breaches. What’s threatening your industry?

What was not striking was the motivation behind the attacks.  “This year’s DBIR has once again highlighted the principal motive for the vast
majority of malicious data breaches: the pursuit of profit. This is surprising to some, given the extensive media coverage of national security-related breaches.  However, it should not be. Most malicious cyber actors are not motivated by national security or geopolitical objectives, but rather by simple greed. Cybercriminals primarily profit through fraud and extortion. They target financial and payment systems, steal information to use in various fraud schemes, and hold IT systems hostage through ransomware and other means.

Effective security relies on deploying defenses where they’re needed most. So what’s most at risk for you? And which kinds of attacks do you need to look out for?