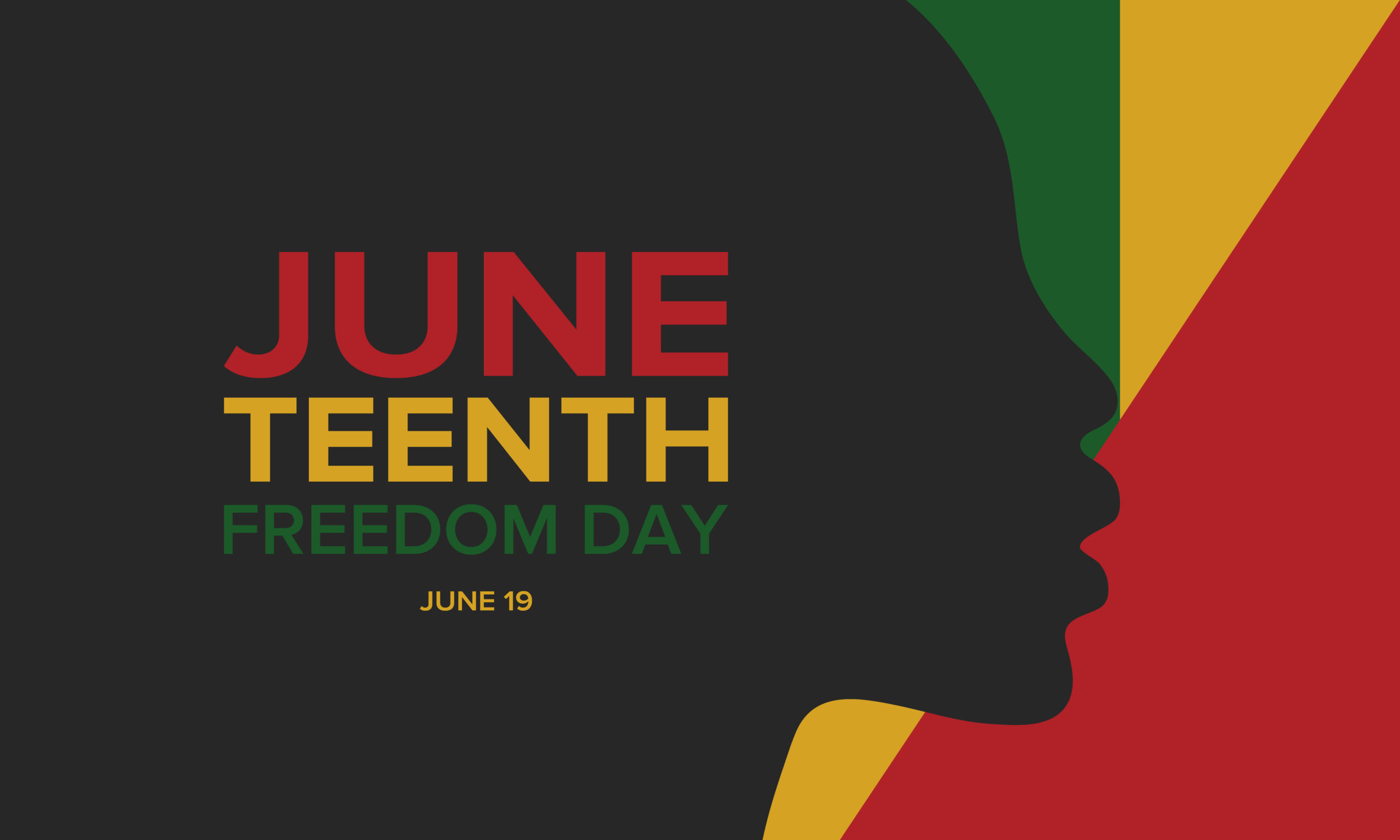 Why Do We Need Juneteenth?

On Thursday, President Biden signed the bill that makes Juneteenth (June nineteenth) a national holiday. The bill gained strength as a result of the Black Lives Matter movement. “By making Juneteenth a federal holiday, all Americans can feel the power of this day and learn from our history, and celebrate progress, and grapple with the distance we’ve come but the distance we have to travel to,” Biden said during remarks Thursday in the East Room of the White House.  “Great nations don’t walk away,” Biden added. “We come to terms with the mistakes we’ve made.” (AOL-Yahoo News)

What is Juneteenth and why do we need it along with Martin Luther King Jr Day and Black History month.  On June 19, 1865, Major General Gordon Granger announced in Galveston, Texas, the end of slavery in accordance with President Abraham Lincoln’s 1863 Emancipation Proclamation.  This was the last of the slaves to be notified of their freedom.  Some slave owners refused to honor the Proclamation until federal troops forced them to.  It took two years for the troops to get to areas of the country, make the announcement and enforce the new law.  Fast forward to 1980, Juneteenth became a Texas state holiday.  Since that time several states have made the day a holiday.  However, it has taken another 42 years for Juneteenth to become a national holiday.

According to VOX.com, “In many ways, Juneteenth represents how freedom and justice in the US has always been delayed for black people. The decades after the end of the war would see a wave of lynching, imprisonment, and Jim Crow laws take root. What followed was the disproportionate impact of mass incarceration, discriminatory housing policies and a lack of economic investment. And now, as national attention remain focused on acts of police violence and various racial profiling incidents, it is clear that while progress has been made in black America’s 150 years out of bondage, considerable barriers continue to impede that progress. Those barriers may remain until America truly begins to grapple with its history.”

What is the Purpose of Juneteenth?

Bryan Stevenson [founder and executive director of the Equal Justice Initiative] has argued that “in order for us to move beyond slavery, its legacy, and the trauma it brought, we have to acknowledge the ways in which slavery generated massive amounts of wealth for white Americans and how the narratives used to justify slavery are still connected with narratives that are used to oppress African Americans today.” He argues that “unless we acknowledge all of this, we are going to continue to face the consequences of this legacy.”

Karlos Hill, a professor of African and African-American studies at the University of Oklahoma said, “Can you imagine 9/11 happening and there not being a recognition, a ritual, a moment where we step back and take an accounting of what happened on that day? Where we think about who it happened to and the trauma that it caused and how people have dealt with its wake, and how we’re still dealing with it? Can you imagine that not happening? Think about how that one day had this tremendous ripple effect — it changed how we did everything in this country. Now look at 250 years of slavery, and all that is bound up and connected in that. We have done almost nothing as a nation to deal with that. I think that Juneteenth is a necessary moment of observation because our government and, to a certain degree, our nation and our culture has not really acknowledged the trauma of 4 million enslaved people and their descendants.” (Vox.com) 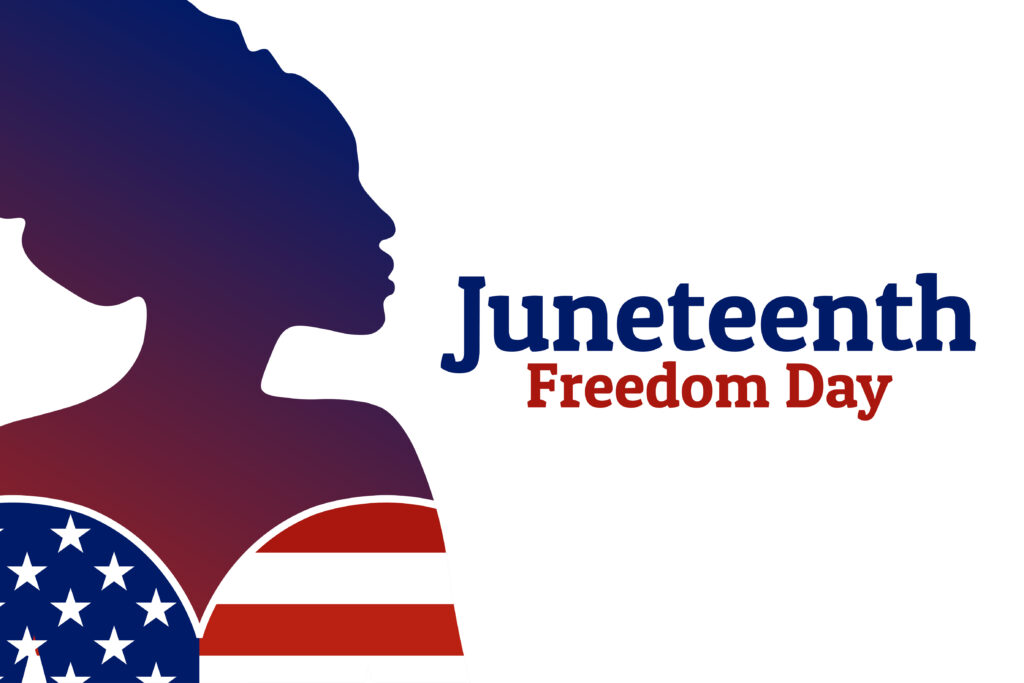 Why do we need MLK Jr Day, Juneteenth and Black History month?

We have MLK Jr Day to celebrate equality in the US and now Juneteenth to celebrate our freedom from slavery.  We need Black History month in order to tell our story.  The contributions that Black Americans have made to this country are not in the history books.  Without Black History month, this part of American history would not be known.

Black Americans gained freedom from slavery in 1863 but not equality under the law.  Up until 1964 it was not illegal, I repeat not illegal to discriminate against, falsely imprison and in some cases kill Black Americans.

As a Black business professional, it always made me cringe when uninformed people ask why Black businesses need more help and why after all these years have not grown at the rate of White businesses.  There are so many factors that contribute to our slow economic growth; including, not having the head start of slavery when we came to this country (white business owners and farmers made a lot of money off of slave labor), being slowed down by lack of education (reading and writing were forbidden by slaves in many cases and housing discrimination kept us in substandard schools ), going from slavery to sharecropping (another form of slavery), Tulsa, OK like community destruction when we were successful (surely you did not think that Tulsa was the only one), integration taking away the need for Black businesses that catered to Black customers (segregation provided the need for Black businesses to service the Black community.  (You did not need a Black florist when you could now go to the white one who was going to be cheaper.  Many Black businesses went under during this time), banks redlining Black real estate and businesses.  It was not illegal to discriminate against Black-owned business just as it was not illegal to discriminate against Black people.  Let’s look at this holiday as a chance to move forward.  To acknowledge the wrongs of this country’s beginnings and to deal with the hurt and the challenges it has presented.  Let’s figure out ways to heal.  In the meantime, I listen to the rumbling on the internet saying that we can’t let a holiday take our eye off of the real issues that need to be addressed — voter suppression, police violence, economic equity and more.

Let me know in your comments what you think we should do to heal and move forward.  Reparations anyone?