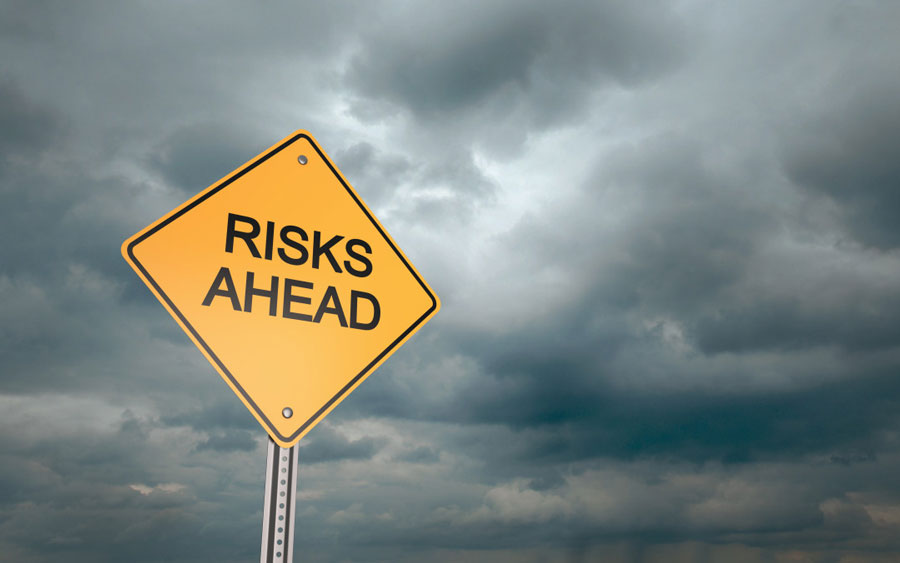 Maverick spending could be putting your company at risk.

How much visibility does your procurement organization have into your company’s purchases?

Is there a person or group who is monitoring these purchases to determine if your company is being put at risk?

These are questions every procurement professional needs to answer.

When your organization has spending that isn’t being strategically managed, it can have consequences beyond just wasting money. This is especially true when it comes to software purchases. Potential consequences can result in exorbitant fines, damage to your company’s reputation, and even legal action.

It can be that serious.

As a procurement professional, you are responsible for making sure your company avoids the negative consequences that can arise from rogue spending. It’s not easy.

So what makes this so difficult? It’s the fact that many organizations don’t have systems in place to actively track all of the software purchases that are being made. On top of that, the employees making these rogue purchases don’t understand the potential Pandora’s box they could be opening.

Non-managed software purchases can seem innocuous to those who don’t understand software asset management (SAM). These purchases are typically made by non-procurement professionals who are just trying to fill a need or solve a problem. They have no idea what maverick spending is.

They don’t have a full understanding of how software licenses are supposed to be used and managed. Inevitably, the end user license agreement (EULA) between your organization and the vendor is violated. When the vendor decides to conduct a software license audit, and the mismanagement of licenses is discovered, fines are levied against the organization.

Not only does the organization lose money, but it also damages the relationship you have with your vendor. The organization’s reputation suffers. It’s one of the main reasons why it’s so important to keep a close watch on your company’s purchases—especially ones that come with contracts or licenses. Contracts or licenses, independent of the core company’s negotiated ones are potentially problematic and ripe with areas that could push you out of compliance.

What Is Software Asset Management?

Here’s how it works.

The end user license agreement is the contract between your company and the vendor that outlines how many licenses are available and how these licenses are to be used. It also includes the other legalities involved in the transaction.

Large companies often have special agreements with software publishers that provide further terms and conditions into how the licenses are to be managed—like any special warranties and support.  Software purchased outside the umbrella of a centralized procurement misses out on the benefits negotiated by leveraging the full weight of the company. But also, could be ultimately violating the corporate agreement with the software company.

If the end user license agreement is violated, it could create serious problems for your organization. Software companies regularly conduct software license audits that are designed to discover any misuse of its licenses by the organizations it deals with.

There are multiple ways your company could violate its EULA. Here are two of the main ways this could happen:

If your company isn’t taking an active role in tracking the licenses that are installed throughout your company, violations in the agreement could be taking place as you read this article. If this happens, the vendor could enforce hefty fines and even bring legal action.

Jail time is a worse case scenario and is rare, but just getting articles written about your company about pending legal action could be catastrophic if you’re trying to win new customers or trying to instill confidence at a share-holders’ meeting.

A non-procurement professional makes a software purchase and isn’t aware of the corporate agreement with the software publisher with the same software.

Their actions have caused your company to violate its EULA and now will have to pay ridiculous fees that could have easily been avoided by the simple action of including procurement in the purchasing process. It’s one of the more serious consequences of maverick spending.

Most non-procurement professionals either have no idea what software license management is. They typically believe that one can just purchase software and use it as they see fit. In the majority of cases, they were simply trying to do the right thing to help their department.

It’s an honest misunderstanding. But it’s a mistake that can cost your company a lot of money. It’s one of the reasons why organizations decide to centralize all of their procurement functions.

What Is Tail Spend Management?

So where does tail spend management come in?

There are several components to an effective tail spend management program:

Tail spend management is used primarily to ensure that your company is optimizing its spend. It’s meant to ensure that money isn’t being wasted. Obviously, this is pretty important, isn’t it?

However, another great big benefit of tail spend management is that it enables your procurement organization to keep a closer watch on the purchases the company is making. When there is more visibility, maverick spending can be eliminated.

And risks are greatly lessened.

It means that software purchases and their associated licenses and contracts are properly handled to save money and reduce risk.

Maverick spending is a critical issue in any organization. It’s dangerous because it seems harmless. A few smaller purchases here and there don’t seem to be much of a threat.

When it comes to software, this can be a costly misconception. Your company needs greater visibility over its procurement functions. It’s the only way to reduce rogue spending and the risks associated with it.

Every company is concerned about risk. Find out more about tail spend and tail spend management. It’s a complex undertaking but it starts with the first step and in the end it could yield fruitful results.